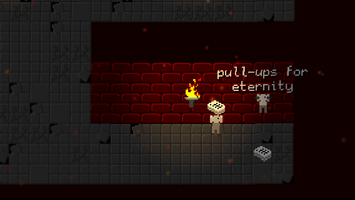 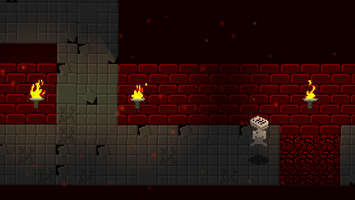 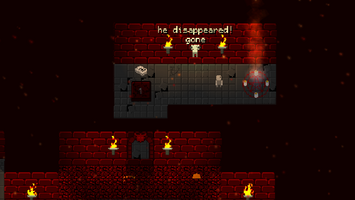 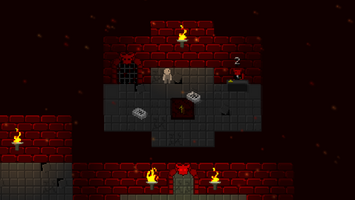 About Everything's Gone to Hell

In all honesty, an update to Everything's Gone to Hell is one of the farthest things from a new release I could post about - but I have my reasons for doing so.

It has been a little over four years since I submitted Everything's Gone to Hell for a GameMaker Community (GMC) Jam. I submitted the game following a string of stellar performances in the twice-a-semester game jams hosted by my university's game development club. Many club members regarded the last game I submitted in the Spring 2016 semester to be among the best the gamedev club had seen to date. I went into the following summer's GMC Jam riding that momentum, and Everything's Gone to Hell would become my first GMC Jam entry to rank first (and out of a record-tying 81 entrants!).

I was, and I still am, very proud of this game. It would come to represent a personal gold standard for game jam entries in the following years, and I feel it marks the point in time where I found my own "style" with my creations. Without much advertising on my own, Everything's Gone to Hell found itself played by friends, family, students at my university, and even by a few coworkers where I had been temporarily employed that summer. It felt like it had much more outreach and recognition than anything else I had authored up to that point. I also recall some GMC Jam reviewers on projects that came in the wake of this game assessed the quality of those entries against Everything's Gone to Hell (and not favorably...). It was a tough act to follow up on for about a year. (Penitentiary, that following summer, would be my second winning GMC Jam game).

I came back to this game now, over four years after its release, upon learning that the download links on the original GMC thread were broken. The only place left to download the game would've been my personal website, which is outdated at the time of writing and not as visible as the GMC thread was, nor as widely visible as an itch.io page is. First and foremost, I think it is a shame that the primary information page for this game I look back on so fondly didn't have a working download for who knows how long. On top of that, I've been meaning to touch up a lot of older projects and mirror their files in more visible places; the number of interactions on Pagefault blew me away, and thus I resolved to make itch.io my primary showcase and file mirror for my best projects. Uploading this game is the start of a commitment to polish up some older projects (some which have never really been made broadly available) and bring them to a wider audience. I think this game is a great place to start regarding that.

It's very possible I may work on this further; I've been working on greatly extending games I feel much more potential as full-length games rather than short, game jam-grade experiences. I certainly think there is a lot of room to expand upon in Everything's Gone to Hell. I have chosen not to do so yet as I would prefer to optimize and rework a sizable chunk of the back-end framework to better fit the development workflow in GameMaker Studio 2. I really wanted to get this update out to make the game available once more - also the glaring inconsistencies in the lighting and the like were too much for me to ignore!

If you're not as familiar with my work from either the GMC Jam or elsewhere, I hope you take the time to play through Everything's Gone to Hell. It's one of the few projects from this long ago that I can still look back on with pride, and one that I do not feel inclined to heavily rework or remake to satisfy my ever-increasing personal standards in game development.

Get Everything's Gone to Hell!